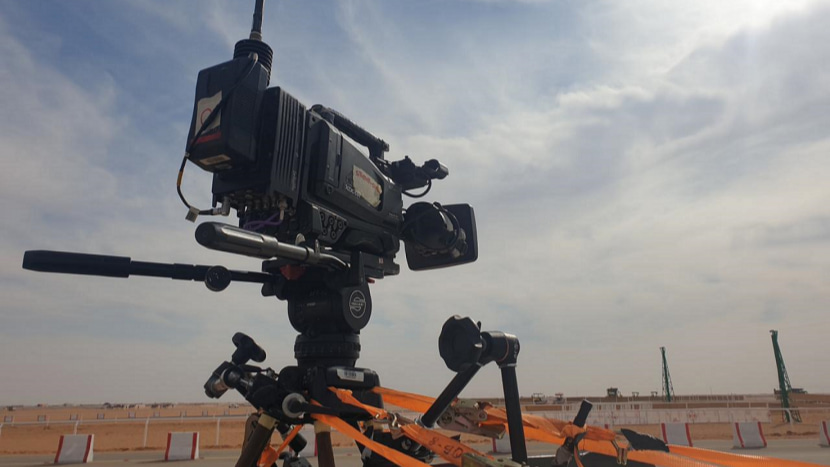 The year 2020 was strange for the broadcast and production world, with pronounced economic impact on the live events and sporting industries.

However, as we got a grip of the pandemic events returned, and Dubai-based production company 7 Production was involved in several of them that included the GCC legs of the FIA Formula 1 championship races and UAE’s official national day celebratory events.

In addition, the company revealed details of one of its most prestigious involvements – King Abdulaziz Camel Festival 2020.

The Kingdom’s highpoint when it comes to camel racing is a major cultural event as well that 7 has been involved in producing from 2014.

Lara Ghanem, regional director, 7 Production said: “We have an annual retainer contract complete coverage and end-to-end broadcast of the event. For the 2020 event, that’s still currently underway, two of our OB vans have been deployed, with cameras stationed strategically across various positions of the track.”

The competition spans the better part of the month, and is expected to conclude on January 14.

The races are held across vast stretches of land with tracks ranging from 4 kms to 8 kms.

“It’s an intense schedule since the track length is massive, which means the production requires us to move the OB Vans and all other equipment from one track to another based on the schedule.   We have around 10 staff at each location from cameras to operations teams and so on – a total of 80 people are involved across the entirety of the project,” Ghanem added.

Coverage of the event has been resource heavy with plenty of 7’s hardware deployed in the Kingdom’s Southern Sayahid (Rumah) in Riyadh.

Several other stationary and Cineflex cameras are used to produce various other parts of the race. This includes a super slow motion and hyper slow motion camera that’s used for replays.