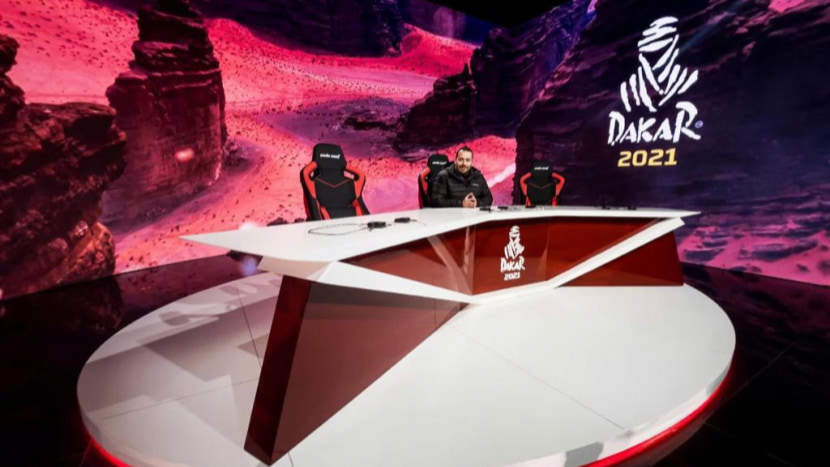 The 2021 Dakar Rally concluded in Saudi Arabia earlier this week. The focus shifted on to teams behind the scenes working to ensure the races were filmed and distributed across global audiences.

The Dakar Rally, which traces its roots to Senegal, is regarded as the most dangerous rally raid in the world. One which is known to push the boundaries and limits of man and machine, often resulting in fatalities every year.

The unforgiving terrain and unusual race format means coverage, both production and broadcast, of the entire race and the events surroundings the main event is equally challenging.

UAE-based 7 Production was involved in the coverage of the Dakar Rally alongside the world’s other major production companies.

In terms of equipment used, 7 told DSME.com that it utilised one OB van with six cameras including a jimmy jib and several more wireless cameras. Additionally, the operations teams used three downlinks to receive the feeds and carry out interviews on site, which were then played on air.

“We produced a review show that was hosted by three analysts in our Riyadh studio. The pundits analysed performances and progress of the racers on a daily basis. The programme was transmitted using our full redundant SNG to Saudi TV, which was televised live to its audiences,” Lara Ghanem, regional director, 7 Production told DSME.com.

The 2021 Dakar Rally began on January 3, 2021 and concluded on January 15. A total of 322 racers took part across all classes (bikes, quads, cars, UTVs, trucks and classics) in the 43rd edition of the gruelling race known as the most dangerous rally raid event on the globe. A total of 306 finished.