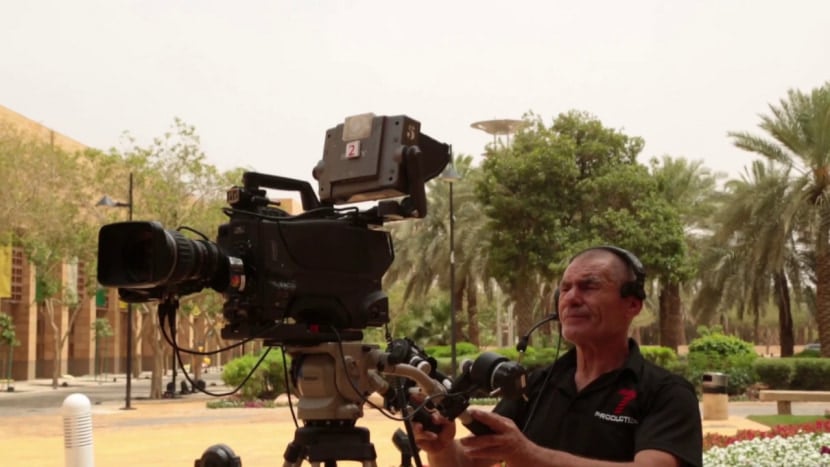 7 Production is set for a busy end of the year, as the Dubai-based production company is set to work on plenty of live events and sporting tournaments.

Starting with the Formula 1, the last few rounds will be held in the GCC. The Bahrain GP, where Romain Grosjean suffered a horrific crash on November 29th, is one of many productions the firm was involved in producing.

Shifting focus to the UAE, 7 will be involved in the 49th UAE National Day Celebration at the Burj Park. The celebration is being held by the Dubai Department of Tourism and Commerce Marketing and Emaar in Downtown Dubai.

The events will feature a live performance by the regional artists Balqees Fathi and Mohamed AI Shehhi on the 2nd of December, and Eida AI Menhali and Shamma Hamdan on the 3rd of December.  Both events are being produced for MBC, one of 7 Production’s major partners.

Camel racing is also set to return to the Kingdom of Saudi Arabia in December.

In terms of hardware, most of Seven’s HD production and broadcast equipment will be in use. The camel racing will see one of 7’s HD OB Van in action, 12 cameras, four HF systems, three Cineflex systems, and one jimmy jib amongst other equipment.

The fly pack system, which 7’s managing director Pierre Tabet exclusively unveiled in an interview to DS.com in 2019, was seen in action at the F1 Bahrain GP.

The season ending F1 race is set to be held in Abu Dhabi, which marks the end of the 2020 season, will also witness 7’s team in action.

“After an unprecedented few months, our teams have been swung into action. It is great to witness the return of live sports and several events. It goes without saying, the safety and health of our staff and team members is of paramount importance. While we are excited to get back into the swing of things, we have ensured regular testing and sanitising our equipment at all given times,” said Lara Ghanem, regional director, 7 Production.