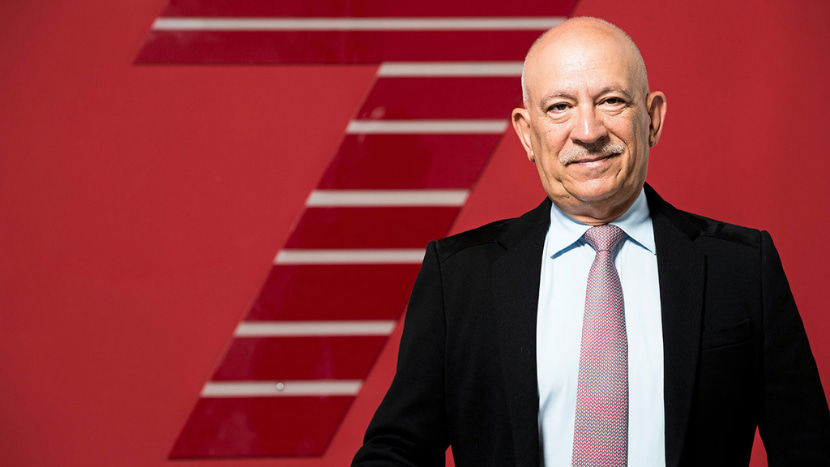 Few UAE-based entrepreneurs can match Hadi Ghanem for sheer breadth of experience. After studying in Lebanon and the US, Ghanem’s first business venture in Dubai was all the way back in 1975 – when he established businesses that provide pesticide, fertilizer and landscaping services to both corporate and individual clients.

Later on he added firefighting equipment sales to his portfolio, before incorporating a number of security service companies that served the emirate’s fast-growing hospitality sector. During this period, he also established Rolachema, an importer of top perfumes and skincare brands, before opening a chain of beauty salons.

However, he is perhaps proudest of 7 Production. Following its establishment in Dubai in 2007, the company has grown to become the Middle East and North Africa’s largest live broadcasting production company, with offices and people working across the UAE, Saudi Arabia, Lebanon, Finland and the UK. Through market-leading innovations and unmatched technological prowess in the region – including the 4K technology truck – it’s little surprise that 7 Production is the go-to broadcast provider for events such as Formula One, Expo 2020 Dubai, various endurance races and much more.

Having launched 7 Production as an equipment rental business, Ghanem found that understanding clients’ needs helped grow their base into a stream of local and international operators.

Once 7 Production began working with international networks such as CNN, MBC and the BBC, the production house grew into a full-service, end-to-end provider of complex broadcasting solutions.

While the cutting-edge 4K/HD-ready facilities available across 7 Production’s studios and OB vehicle fleet are important, the company’s highly skilled technical teams operating across the region are the ones who make the magic happen.

An example of this was on September 23, 2018, when Saudi Arabia celebrated its 88th national day with a range of events, the centerpiece of which was Cirque du Soleil’s first-ever Saudi Arabia performance in Riyadh. In what was one of the theatrical performance company’s largest shows ever, the event organised by MBC Group was attended by 27,000 guests of the General Authority for Entertainment.

Broadcast live on MBC1 to an audience of more than 200 million viewers, the event put a global spotlight on Saudi National Day celebrations, and therefore also on the broadcaster. It was the first time a performance by the world-famous entertainment troupe was to be broadcast on live TV. So the challenge included not just capturing the dazzling colours and spectacular artistry of the Cirque du Soleil show for a live TV audience, but to also broadcast and present National day celebrations taking place at ten different locations.

“To build such a reputation is not easy,” Ghanem told ITP Media Group title Digital Studio ME at the time.

“You are dealing with the government and when they are having such an important event such as Saudi national day or the opening of the Dubai Water Canal which is broadcast everywhere, you cannot afford to make a mistake especially when they know you have the qualification to do such big jobs.”

With such wealth of knowledge, Ghanem continues to shape different segments of the industry by investing in and mentoring promising entrepreneurs.